THE INFALLIBILITY OF THE CHURCH (1888 edition)

Lecture 14
THE BLUNDERS OF THE INFALLIBLE GUIDE.

I HAVE thought it well to let you see how the theory of an infallible Church works in practice. In the former Lectures I have given proof enough that in a number of cases the guide who asks us to follow him prefers himself to follow, and shows by his hesitations that he is ignorant of the true path. I will now add some cases where he has actually struck into wrong paths, and has been compelled, with very lame apologies, to retrace his steps. I reserve the question whether Popes ever have been heretics until I come to speak of that theory which ascribes infallibility to the Pope personally. One instance, however, in which a Pope was compelled to retire with disgrace, after having attempted to thrust his infallibility into a sphere in which it failed to secure correctness, is the department of Biblical criticism.

The Council of Trent having stamped the Vulgate as ‘authentic,’ ordered that a correct edition of this authorized Vulgate should be published. But little was done in fulfilment of this decree for nearly forty years, when the task was undertaken by Pope Sixtus V., a Pontiff who seems really to have believed in his own infallibility. He employed a Board of learned men to act as revisers, but in complete subordination to himself. 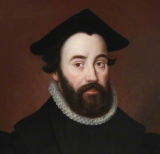 THE INFALLIBILITY OF THE CHURCH (1888 edition)